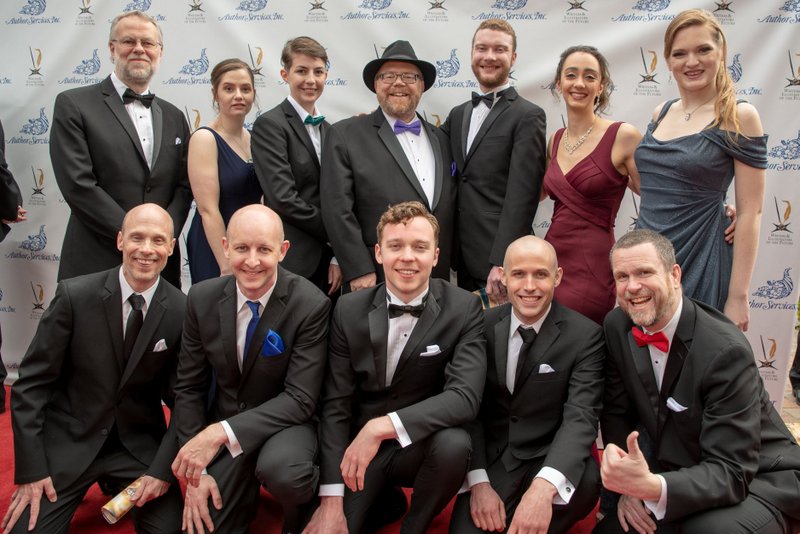 Wow…you guys. I’ve returned safely from Los Angeles with a full head and swelling heart. My time was chock-full of learning, making connections, learning the craft and business of writing, and (the best part!) making friends.

My week got off to an awesome start when I discovered I’d been assigned the talented and wonderful Carrie Callahan (fellow writer winner) as my roommate. My exclamation of “YES” in the fancy hotel lobby caused an echo which gave me a brief moment of embarrassment. But it was worth it.

Carrie and I had been in touch via facebook messages for a few months. She’d graciously pointed me in several helpful directions for my website redesign. (You can see Carrie’s lovely author website here.) I had a good feeling about her. It turned out to be exactly correct. Not only is she smart,  also kind and in possession of a great sense of humor. And she lent me a pair of pajamas after I forgot to pack mine. True story. She is honestly one of my highlights of my Writers of the Future week.

Meeting the other writer winners was a huge joy for me. We tried our best to live it up: getting meals together, taking walks, writing our 24-hour story assignment side-by-side at Starbucks, socializing after-hours (honestly, I have gone to bars more frequently in the last 7 days than I’ve probably frequented in the last 7 months, but this was BUSINESS, people! No judgment! 😉 ).

And there was a special after-party moment in a hotel room in which I got to swing dance with Andrew Dykstal, who would go on to win the Golden Pen grand prize at the gala. Another highlight. 😉

Elise, you’re rambling about people and social connections. Didn’t you go to a bunch of writing classes, or something? Yes. Yes. I did. We were taught by the brilliant authors Orson Scott Card, Tim Powers, and David Farland.

We learned about best practices in our narrative’s point of view, writing hooks, looking for agents and publishers, and so many other things which are presently buried in a notebook that I filled nearly to bursting.

It was a refreshing, and sometimes hilarious experience to hear three different (and often contradictory) perspectives on writing from our instructors, which affirmed that there is often more than one way to approach writing, even at the professional level.

One assignment was to write a complete short story in 24 hours. After the stories were turned in, one of the twelve stories was selected for a class-wide critique. Mine was chosen, to my dismay.

I had turned in a hot mess of a story about Paul Thresher, a young naval officer, and his journey to overcome self-doubt and step free of the shadow of his father’s failure, which had led to the accidental deaths of a submarine crew. The simultaneous second storyline was that of an aquatic alien species that had settled in the waters of Port Townsend Bay off the Washington coast. This species possessed the special ability memories and then attaching them to physical objects, which they could use to transfer the experience of the memory to another individual. The storylines intersect because the aliens are being blamed for complications with submarines in the harbor near the alien’s underwater colony, and Paul realizes he must find the human error causing the submarine’s distress or allow the aliens to be blamed and murdered for time in human history.

And if that hasn’t confused you, good! …I didn’t have very long to write it. And I was trying to challenge since I know next to nothing about the military or submarines. So I blushed a lot and accepted the kind words of my fellow writers before everyone told me all the things that weren’t working. The critique went well, and although I knew there was plenty that needed fixing in my story, I also had the affirmation that I could write something decent, even if given an incredibly small window of time in which to do it (and, dare I say, especially because of the short time frame?).

One concept that came up over and over in our classes was Heinlein’s Rules of Writing. I’ll post those here and I’ll highlight my personal stumbling block.

Every writer typically has own issues with one particular rule or another, but mine is definitely number three. I rewrite and finesse and attempt to improve the language, etc of my piece. I will still defend some of this process, but I’ve become convicted of how much time this takes out of my writing routine, and how revisions regularly reach a point of diminishing returns in revisions, in which *four hours* are laboriously spent for a very minor increase in quality. And this is four hours I could have spent writing something new and potentially selling more stories. Yeah… I don’t have an answer on that, but it’s presently sinking deep into the psyche.

Encouragement. This week was so full of encouragement for me. Praise and affirmation from established writers who took an interest in my novel project, my stories, and my career. These are priceless and they give me the courage to push forward and believe my worlds and characters are worth the sacrifice of time that they’ll require.

I had the honor of going to lunch with Tim Powers and several other writers multiple times that week. We laughed, we gossiped, we talked shop. I had a blast. By the end of the week, I told Tim he felt like an uncle. He was quite pleased with the title.

Oh and the GALA. Let’s talk about the swanky, glamorous award ceremony, the culmination of our trip! I had a few quiet moments on the , in which I bought California souvenir T-shirts for my kids, then I was in a hotel room having my hair and make-up professionally done. I must say, I looked in a mirror and I saw my Lebanese grandmother, Sally Saba, staring back at me. I wish she could have lived to see this moment.

My brother, Elliot, came down as my date for the big night. My beloved husband had to miss it because he was in the middle of an important engineering test and couldn’t fly down in time. Elliot got a snazzy haircut and rented a tuxedo and he was just completely thrilled to be a part of it all. He held my hand half the night. I love him.

I gave my acceptance speech early in the evening. It’s a good thing I had been practicing it, because I grabbed the wrong notes when it was my time to go up. I had one “Oh crap” moment, which apparently was not noticeable, as I looked down at my card and realized my mistake, then I just went from memory.

Apparently, I steered the speeches down an emotional track, and I’m the one to blame/thank for it. I help make people cry! You’re welcome!

The food was sumptuous and wonderful and I was too nervous to have much of an appetite. All of us first place quarterly winners were seated at a table together, so we got to keep each other jittery company until the Golden Pen Award was finally announced. Then we all cheered and clapped for Andrew and everyone was lovely and gracious. Really, truly. These are such lovely people who I get to call my peers.

After the gala, as I experienced my own personal disappointment for not winning the grand prize, my friend John Haas pushed his quarterly third place trophy next to my quarterly first place trophy and said, “There. Do you feel better now?” I laughed and he let me put my head on his shoulder. We’re all winners. All of us. And I truly hope to see everyone’s career soar from this point onward.

Oh, and the illustrator of my story?? Aliya Chen won the Golden Brush award, the illustration grand prize. Very well deserved. I’m so proud of her! I hadn’t seen the illustration for my story “Untrained Luck” until I was down in Los Angeles. I’d had several people tell me I would love the artwork and I was skeptical.

I have very strong opinions about art, I’ve been told I’m quite picky and particular by designers, and I’d had no control over the art. Then, in Los Angeles, I walked into a gallery hung with all the (unlabeled) illustrations, found mine, and proceeded to burst into tears of joy. It’s gorgeous. It’s perfect. It captures the essence of the relationship between my characters and especially the ferocious protective instinct that my mediator, Mag, feels for her young, enigmatic ward, Lio.

There is so much good that happened during this week, and I can’t do it all justice in a blog post. But I’ll end with this:

For all of you aspiring writers dreaming of doing science fiction and fantasy on a professional level, send your work to Writers of the Future! It costs you nothing to enter the contest, and the reward for winning is a huge investment in your own future. The team at Author Services and Galaxy Press work so hard to further you and your dreams, and they are amazing. They’ve promised me that I’ll be part of their family forever, and that legacy will continue on through the coming years! So come be part of it and send in your stories. And hit me up with any questions about my experience. I’m happy to answer them!

And of course, if you want to order a copy of the book…

Best of luck to you!

Tags: Writers of the Future