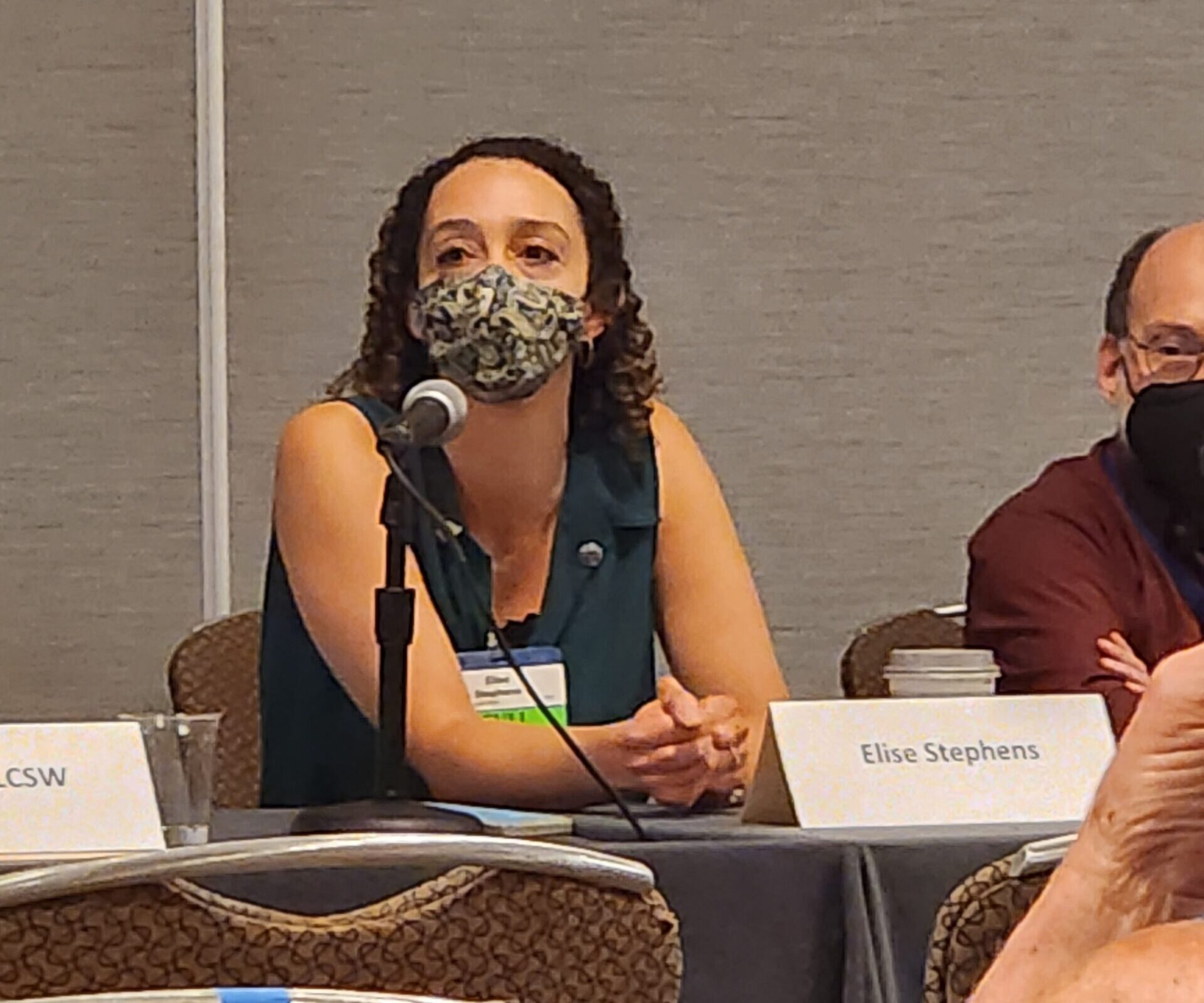 It began as a compulsion. I needed more regular infusions of writing nerds in my life and I was really wising up to that fact.

Also, I’d discovered that one major preventative for depression symptoms (more about my mental health journey can be found here) is to keep planning good things in my future so that I can look forward to them. At the tail end of my time at the SuperStars Writing Seminar this February, I discovered that a group of friends had already decided to go together to WorldCon (World Science Fiction Convention), which was being hosted later that summer in Chicago.

Truth be told, a few years ago I wouldn’t have pointed to myself and said “That girl really likes big, crowded social events.” But the joy that comes from spending time with other SFF writers, learning with them, enjoying food and drink with them, building friendships, and staying in touch with them over time and space… It’s hard to specifically quantify it, but I can say with certainty that it is deeply nourishing and encouraging to my soul.

So I signed up for WorldCon within days of returning from Colorado Springs. And then I did something I’ve never done before. I applied for programming.

I filled out a lot of information about myself, my experience, and my interests. I pored over the proposed panel topics and selected ones that I would be happy to participate in. It took months for things to be finalized–and understandably so! I can’t imagine the number of moving parts and people and vacancies needing to be filled. It is truly a monumental effort.

After I was notified of my acceptance on programming, I was given the names and times of my panels as well as the people who would be on the panels with me. I was immediately relieved (and surprised!) to recognize one of the names on the panel. In a convention as huge as WorldCon, those odds can’t be very high. And knowing someone helped. It smoothed the way into something that was new and a little scary for me. Because I was able to hug the moderator before we jumped into a discussion of the topics (thank you Peter Adrian Behravesh for always being so kind to me!)

What were my WorldCon highlights, you ask?

Barcon – (that’s shorthand for all the networking and socializing that happens at the hotel bar, either during the day or after hours. And no, you don’t have to drink booze to participate in it). I joined SFWA (Science Fiction and Fantasy Writers Association—my first writer’s guild!) last month so that I could have further opportunities to meet folks in the writing world, and the SFWA meetup was, you guessed it, at the bar. *Clears throat*. Here is where I pause and assure my parents (Hi, Mom and Dad!) that I am not lapsing into wanton drunken ways and writing it off as business necessities. Barcon is a warm, sometimes rowdy, but very generous crowd. The folks I met were encouraging, welcoming, funny, and forthright. They wanted to get to know me and my writing and they wanted to help me with my career goals. Shout out to Rob Greene for the warm introduction to his Transpatial Tavern community!

My Reading – I performed a joint reading with Jean Bürlesk, a writer from Luxembourg, wherein we each read original fiction inspired by fairy tales or myths and then afterward ran a Q/A with the audience.

It was pure joy to share the stage with Jean. He’s a wonderful actor and a fine performer and a very talented and very funny writer. Our paths collided multiple times after that reading and he even came over to the AirBnB that my housemates and I were sharing to join us for dinner, billiards, and board games. I wouldn’t at all mind doing many future readings in Jean’s company! Also, to my heartfelt delight, the story that I read moved at least one person in the audience to tears, which was really encouraging feedback.

My Panels – I limited myself to two panels this time around.

The first, “Tell Me a Story,” was a discussion of what is lost and what is gained when the written word on the page is turned into spoken word by an actor or narrator. We had a diverse panel and a lively, warm discussion on the nuances of audio. In particular, I enjoyed pointing out that the human voice is so much more sophisticated than text, which is why we can communicate our intended message much more eloquently when we speak it instead of sending a text or email. Emojis just can’t make a substitute for the human voice.

The second panel, “How to Say Goodbye,” was more of a society and relationship panel than a literary one, about how to end a relationship well. We talked about romantic and family relationships as well as friendships. The moderator collected questions from the audience to tailor our questions to the things that folks were wondering about. It was powerful. I could have talked for another hour, easily.

Then, when a few people approached me afterward to talk about something I’d said that had struck a chord in them or even to sympathize with my painful story by sharing their own—it was beautiful. I felt like I was doing more than blathering on about some mildly interesting topic. I was helping people. (One of my “in another life” professional dreams would be that of a counselor or mediator). I made a woman my mother’s shed tears and blow me a kiss. Tears are precious because they signal that we’ve reached the heart.

Looking back, it’s kind of funny to observe: I was nervous to be a panelist in front of people, and now I’m sure that I want to always be on panels at all the conventions I attend in the future.

My housemates/The Tentacles – I have a writing group formed from a handful of Writers of the Future friends who were all in the WOTF 35 anthology with me. We meet online once-a- month, but have managed to see each other in person twice this year. For this WorldCon, the majority of us were able to make it to Chicago and we rented an AirBnB house in the Lincoln Park neighborhood. This facilitated dinners and evenings together as well as a place to retreat from the madness of a convention in a giant hotel. Two members of Tentacles brought their spouses along, and it felt even more like family as we got to know and enjoy their significant others.

My One Ring Writing Group – I met this bunch at another writing conference and we helped sustain each other through the isolation of COVID through many memes, funny posts, and sharing of information critiques in a private Discord server. Both my One Ring friends and my Tentacles friends were incredibly supportive in attending each other’s panels, taking pictures, and cheering each other on. Everyone needs a community like this in order to survive in the big, wild, scary world. I’m so grateful for these safety nets.

There was more awesome stuff that happened. John Scalzi DJ’d a dance party one night. I explored the “party room floors” at the hotel and found room party after room party (yes it was overwhelming). I attended the Hugo Awards ceremony and got to be physically present at something I’d only ever read about!

I walked through Millennium Park and admired Chicago’s stunning and gorgeous architecture. I discussed the loose outline of a future co-authored writing project. I learned the basic rules of Magic (the card game). I sang my heart out at an impromptu karaoke party featuring a Bluetooth speaker and a laptop in the basement of our AirBnB–when the mood is right the equipment doesn’t need to be fancy. 🙂

It was a wonderful trip. I confess I’m depleted enough in energy that I don’t have an immediate craving for another convention anytime soon, but that will almost certainly change in the near future.