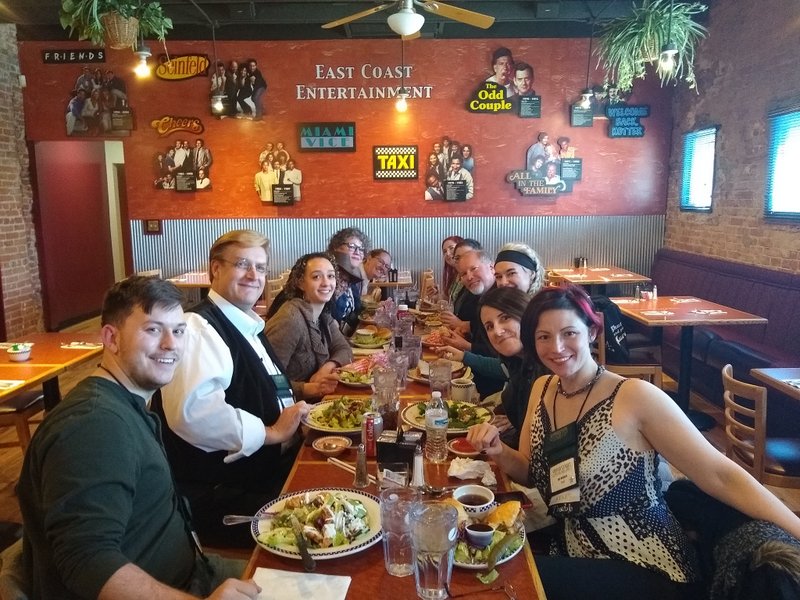 “Honey, is there anything else I can do for you?”

My miserable six-year-old looked at me with tears in his eyes. “Snuggle me.”

The morning had begun with an announcement from my kiddo that his tummy didn’t feel good. For the next five hours, we attempted a semblance of our regular morning schedule, punctuated about ten times with rushing-to-the-bathroom episodes. This may be the sickest my son has ever been since infancy. He shed big tears and wailed and verbalized his need for affection and comfort. Snuggle me.

This kid senses innately the bond between patient and caregiver. Not just that the caregiver loves the little person who needs their help, but that the little person also looks up and feels deep gratitude for the help being given to their body. My son is a grateful boy – and in an age where entitlement feels so profoundly rampant everywhere I go, I am humbled and delighted to see this growing in him.

Our holiday weekend finished with a quiet day at home – very close to the bathroom, washer, and dryer. But, as I write this, the sun has taken its victory of the sparkling blue sky. I look at my pruned rose bushes and anticipate their spring growth, just around the corner. The kiddos are riding their bikes in the cul-de-sac – I get to be a mom whose kids grow up on a cul-de-sac with other kids. The tingle of that blessing hasn’t yet worn off.

Now for some pics from my time at SuperStars in Colorado Springs.

I came back home from the SuperStars Writing Seminar feeling very warmed and excited, (and of course tired!). I learned a much more effective way to pitch Grayhawk Rising. Hint: don’t memorize three paragraph chunks and then recite them. The real thing that changed for me was remembering that I’m talking to a living-breathing person who wants to get to know me. So I started talking like this…

Her son is missing and he could destroy the world. 35-year-old Maglin Grayhawk works as a mediator by day, stopping folks from shooting each other during her job, and then at home is a single mom to a fifteen-year-old adopted son Lio whose psychic powers and resentment for hiding them are growing stronger by the day. When Lio disappears, Mag is plagued by terrors as to who will find him first. The government with which he isn’t registered? The psychic terrorists who might seduce her son into joining their cause? The superstitious citizens who’ve been killing psychically gifted people just like him, driven by blind fear? This is a story about parents protecting their children and parents realizing when they have to step back and let their children live their own lives. It’s about discovering who we are when we no longer exist to shelter another person. It’s about the price of peace. In a wild desert Dune-like world, we meet strong, networked characters in the style of Robin Hobb, this is Grayhawk Rising.

The above is not meant to be the sexy, polished print version, but it’s what I used to describe the book during a pitch practice session at SuperStars. Author Jonathan Maberry liked it enough to recommend two agents he thought might like it, and told me to mention his name. That hit me as a delightful surprise.

I shared the first page of Grayhawk Rising at the seminar, as well. The critics were excited, impressed, and very encouraging. I really need those boosts, you guys, because I’m so excited about the editors who are willing to look at it that I’m terrified of the prospect of sufficiently revising this draft!

Also, have you heard of filking? (Wikipedia definition here!) There was a get-together of people singing nerdy songs – like the “Ballad of Jayne” from Firefly, or nerdy lyrics put to songs we all know, like “Hey there, Cthulhu” to the tune of “Hey there, Delilah.” It was pretty wonderful and funny and fun. One of my friends, Wulf Moon, was an organizer and he let me go up and sing a few songs with him. I had a blast. 🙂

I have heard cons touted for their mental health benefits for writers, but I don’t know that I really understood that aspect of them until I began making friends. “Getting out of your shell” was a phrase applied to me several times while I was there, and though I’d like to think I’ve learned how to be brave, the truth is that socializing at this level is still an effort for me. I only managed to hang out late on the final night of the conference because I ate dinner alone in my hotel room and did a solo dip in the hot tub, then got dressed again and came down with my introvert batteries recharged. So, I guess maybe I’m learning how to take care of myself, too!

One last thought (I think probably save my reflections on the class for How to Write Fight Scenes for another post). This one is a musing on the business-side of writing. I have been facing undeniable limitations in both my time and energy for the myriad aspects of the writing business. I can’t write and revise and edit as well as publish and market my books. Not with all of my other commitments in life right now. I need to be home to care for my kids and homeschool them and snuggle them when they’re sick. I’m willing to learn marketing, but unable to take all the time and money required to control it all myself. I knew I probably wasn’t cut out for self- or indie-publishing, but…

There was something else I hadn’t thought of. A business manager, a team partner. Someone who loves the marketing side of things. Maybe someone just excited enough about my work to strike up a partnership with me. Maybe someone who I eventually hire, maybe a talented friend. I don’t know. But the idea of not just managing this all on my own was never really a possibility for my imagination. And that thought is freeing, even if it changes nothing today or for the next five years!

I’ll be posting about this elsewhere, but I will be making an appearance at Emerald City Comic Con next month, Saturday March 14, (2-4 PM) signing copies of Writers of the Future Vol 35. If you are in Seattle and want to come say hi, I’d love to see you!

Because I Knew You – Guest Post by Mary Katherine