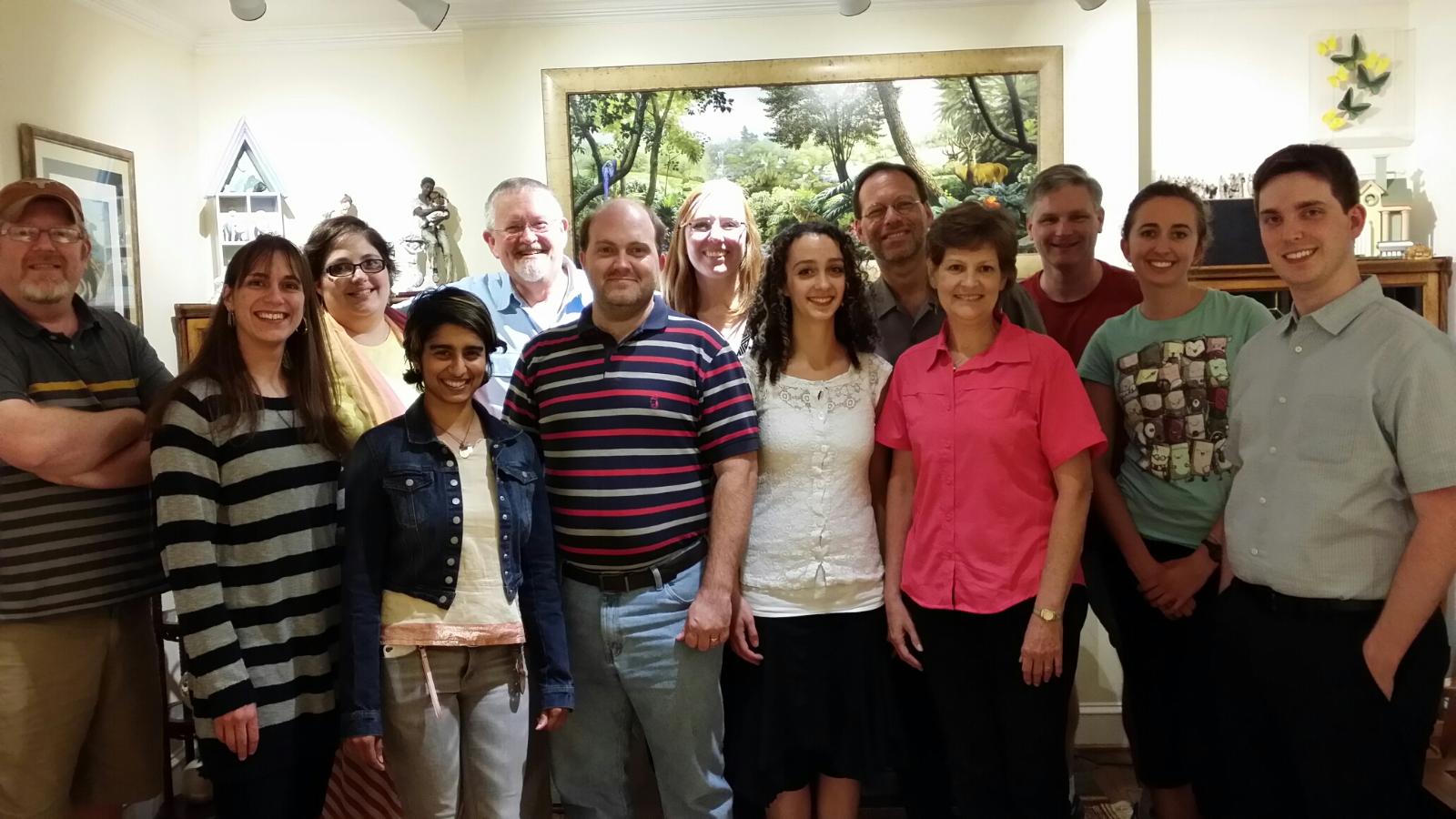 I’m tougher, stronger, and better from my week in Greensboro, North Carolina.

It was hard, but good.

The five-hour flight into Atlanta followed by a five-hour drive up to Greensboro, NC was no picnic with my 11-month-old son in tow, but we survived! I managed to fold up my wallet into George’s stroller, and then shove the whole think in the trunk of my rental. What followed was, off course, a near panic attack as I realized my wallet was missing.

My friend, Hilary, who traveled this entire way just to help care for George, was and is a trooper and an angel. And after this whole trip had finished, she made it clear that she still loved both me and my son. Talk about a miracle!

Also, it was Hilary who found my wallet.

Or, even better–*Standing Ovation* George fell asleep! Don’t stop driving till he opens his eyes!

We arrived at the Greensboro Sheraton around midnight local time and did our best to collapse and catch what sleep we could before the next day started. George couldn’t quite manage to do this, so we had short sleep interrupted by a distressed baby.

He did not sleep well the entire trip. I remember, blearily, one evening when Hilary picked up George and calmed him by singing him the theme to Pan’s Labyrinth. I love that song. It soothed everyone in the room that night.

The first two days of boot camp were jammed with good information. Based on Orson Scott Card’s Characters and Viewpoint, we spent two days understanding how to build characters, ask ourselves good questions while we design our stories, and create a believable and authentic point of view to use for our narrative. But, ahem, don’t let me geek out on you. It was intense.

After the first two days, Boot Camp officially began. We took this third day to write a brand new short story and turn it in to be critiqued by the rest of the group. Talk about nerve-wracking. No second-guessing, no musing, just get an idea and write it down! Orson Scott Card’s instructions: “These are the rules. Your story must have an end. Other than that, make it clear. Don’t make it beautiful or artistic. Make it clear.”

I enjoyed having this time limit and having to finish so quickly. I felt good about my piece. I researched motorcycles because I knew my character would be using one to take a road trip. I wrote and wrote and ate and nursed George and wrote and wrote and read it over only once and then the time was up. I sent it in. Oh yeah, and then I started reading homework for the next day.

We boot campers had eleven stories from the other writers to read and critique. We were in sessions all day together, working through the stories, discussing subjects that arose (and we covered everything from sex to politics to using cuss words in these discussions), and then in the evening we read the next batch of stories until our eyes nearly fell out of our heads.

I snatched a few breaks to have dinner with George and Hilary, and to swim in the hotel’s lovely pool. Orson Scott Card hosted us one night at his house for dinner. It was a huge honor to be there, to sit in his kitchen, to hug his wife as I left. He is a good, kind, humble and very talented man. I can’t say enough how happy I am to have been able to learn from him for a week.

One thing that real

ly struck me, is that even though he is a well-published author with books that have won awards and experienced fantastic sales, he still admits the mistakes he’s made–from beginner mistakes when he was just starting to publish to recent mistakes. He does not pose as someone who “always does it right” and this makes it so much easier to learn from and admire him. Because he shows us that he’s still growing as an author.

I can’t end this without saying more one more huge THANK YOU to the friends and family who helped send me on this adventure. You guys rock! Thank you for making this a reality!

If you have specific questions about my Literary Boot Camp experience, ask away!

All I Can Say Is…Thank You